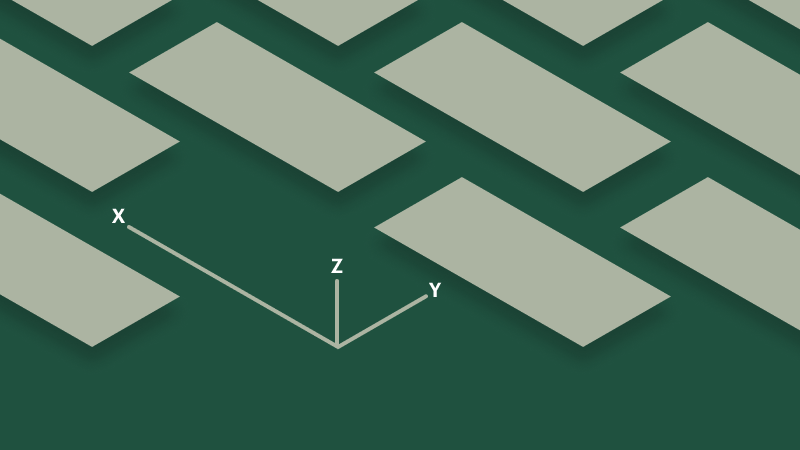 Most digital interfaces are inherently flat—which is to say all objects within an interface are constrained by two spatial dimensions: width (x) and height (y). To add additional dimensionality designers must create an illusion of depth (z). While there are several techniques to achieve this, designers typically will use varying degrees of a drop shadow. The ranges of depth created are used to strengthen spatial relationships and provide additional interaction affordances.

While there are some parallels between an object's elevation and its z-index—specifically regarding overlapping content—the system chooses to not create dependencies between the two. The reasons are two-fold: 1) there are not enough tokenized elevation options to account for the wide range of z-index values, and 2) elevation may be applied to objects that are not intended to stack on top of or otherwise interfere with adjacent objects—forcing a z-index value in these cases could yield unpredictable results.

The shadow cast by an elevated object helps to communicate aspects of interactivity, order, and priority by drawing from real-world conventions. More specifically, designers use this implied sense of depth to:

# When to use a different approach